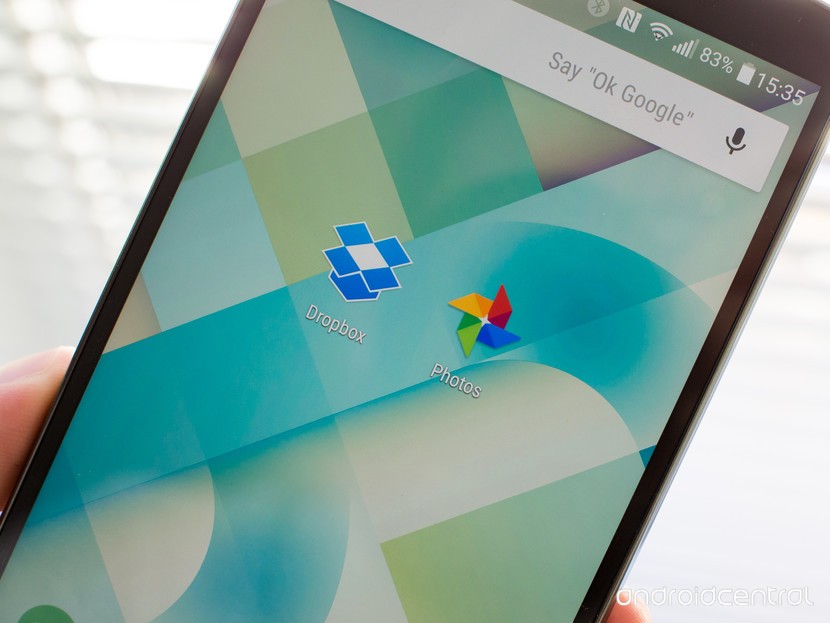 Until now, I used Dropbox Carousel to organize and share my photos. From today, we change. I decided: go to Google Photos. I will explain why and how Google Photos works.

Google Photos was the protagonist at  Google I / O 2015, an event where the latest news from the company are presented to app developers and brand fans, such as the upcoming versions of the Android operating system, new apps and products such as smartphones and wearables.

Since that time, Google Photos, which was initially part of the functions of the Google+ social network, is a completely independent app available for Android, iOS and on the web. It took just a few hours of use to make it my favorite app for organizing photos and keeping a security copy online. From Google I / O 2017, Google Photos becomes even more intelligent and proactive, acquiring new sharing features.

Maybe like me you had ignored Google Photos so far, preferring other photo organizing and editing apps: surely, it was not easy to understand how it worked and the fact that it was integrated with Google’s social network didn’t encourage much to entrust it with all your precious photographic collection. But with this update everything changes and it would be a real shame to continue ignoring it. I give you 6 reasons to use it immediately. And these are not trivial things.

The first reason is that the automatic backup of high quality photos on Google Photos is unlimited and free : no space problems that run out, you can rest assured that in case of loss or failure of your phone, you will always have access to your memories by accessing to Google Photos on the web with your Google credentials (the photos are private, they are no longer shared on Google+).

But keep in mind that high-quality photos don’t necessarily mean the original size: photos are reduced to a size of 16 megapixels and videos to 1080p. In my specific case I was lucky because I shot at just under 16 megapixels, so I find myself backing up the photos with the original quality.

If you want to change the backup settings and choose whether to continue to do so at original or high quality, open Google Photos and go to Settings / Backup and sync / Upload size.

Small note, important to know to avoid possible trouble: if you delete a photo from Google Photos, you also delete it from the roll on your mobile phone! However the deleted photos go to the trash where they stay for 60 days, so you can restore them.

How do I know how many megapixels I take my photos?

It’s easier than it looks: open a photo in your smartphone’s Gallery and click on More Info, you’ll see pixel resolution information

2. You can choose which folders to back up

While the procedure to prevent the backup of some image folders on Dropbox is rather cumbersome, on Google Photos it’s very easy.

Let’s say, for example, that you want to have a security copy of the photos that are sent to you on WhatsApp and that you are not interested in screenshots. Just open Google Photos, tap on Device Folders and make sure the blue cloud appears next to the name of the folder you want to back up and the gray cloud next to those you don’t. Simple right?

3. Filters for places, things and types and search functions

We all know that Google’s search functions are always very efficient and surprising. The Google Photos app is no different. One of the most interesting news of this update is that with a tap on the blue search button (at the bottom right of the screen) you have access to a series of automatic filters that allow you to immediately see your photos based on the places where you have been and to the most recurrent things.

In this way, you will be able to access all the images of the last trip to Cadaques or to all the shots taken in a car or car. And these are just a few examples: Google recognizes the locations in a foolproof way thanks to the GPS location (if you have it active) and things based on the frame, colors and position. With things it can still improve: every now and then it makes some mistakes and classifies shoes among the towers and or bags among foods, but these are exceptions and in any case with time the app tends to learn from its mistakes (unlike many human beings) …

In the Types section, you have immediate access to all the videos, all the creations (albums, videos, stories, collages) and all the photos on Google Drive (if you have activated the option in Settings). What you may perhaps miss is a system of automatic filters for faces. In reality, the function exists and it also seems to be disturbingly effective, but is only available in the US.

But we don’t just limit ourselves to filters. The Search field is awesome: you can write anything, and Google is likely to find the photo you are thinking about. Here’s what happens for example by searching for “snow, conference, sunglasses, groups”.

When you have a very large collection of images, browsing and searching for a particular shot usually become very complicated: you could spend hours scrolling and not finding what you are looking for.

Google Photos offers spot-on display modes and the transition from one to the other is fluid in a moving way: you can do it from the button with suspensive dots or with a gesture, which has become very common, pinching the screen with your fingers.

In the image below, you can see all the display modes, but my favorite is the monthly view that allows me to have a glance on the photos taken month by month.

Even in sharing options, Google Photos makes your life easier. You can select multiple consecutive images by holding your finger on an image and dragging it down or up as if you were sectioning a text to copy it. And to send them just click on the share symbol and choose Get link or any of the many options offered, like WhatsApp, Facebook Messenger, Twitter and so on. The person to whom you send the photos will not need to download Google Photos in turn: you can download the images in a click.

To select all the images taken in a day in one go and send many at once, the best option was Dropbox Carousel, which is no longer supported.

Until recently, autodialing was the only reason I opened Google+ from time to time. I liked the idea that without the slightest effort on my part, my photos and videos will “self-organize” in splendid videos with lots of music, funny animated gifs, panoramic photos and albums with titles and animations (Stories).

I especially love the automatic videos and the collections, which can be appreciated only seeing some concrete examples, however if you want to have an idea of what Google can do by composing multiple photos in a totally autonomous way, here is a small selection of my photos ( the automatic creations are proposed to you in the Assistant section and you can decide whether to save them or not).

Google Photos did it all by itself: I found these compositions ready and I was notified with a notification after a day of shooting.

The Auto Awesome functions have been switched from Google+ to the Google Photos app: you can find them under Album.

Obviously, you can also manually create this type of composition with images and videos, just click on the three ellipses in the top right corner and in Create choose whether you want to make an album, a movie, an animation or a collage.

Even the photo editing features have gone from Google+ to Google Photos in bulk: just open any photo and tap the pencil symbol to access the menu with the tools to edit the photos.

The Auto button is my favorite: just a tap and your photo is instantly improved right where it is needed (exposure, saturation, brightness, and so on). If you prefer to do it yourself, you can intervene on various parameters: Light, Color, Pop (structure), and Vignette.

You can also apply pre-made Instagram-style filters or crop and rotate the image. But we have to admit that Instagram and other programs like Snapseed or VscoCAM are still the best in photo editing.

Google Photos includes Shared Albums, a quick way to send photos to one or more friends and allow them to contribute to the album with their photos. To create a shared album, just …

The person who will receive the link will be able to see and download the photos even if he does not have Google Photos. If you have Google Photos, you can contribute to the album, which is collaborative by default unless you go to Sharing Options and don’t disable the Collaborate option.

Very soon, Google Photos will add even more intelligent sharing features, presented at Google I / O 2017. Google Photos will in fact be able to recognize people in the photos and proactively suggest you to share photos with them. So if you have a photo of your best friend Luca, Google Photos will ask you “Do you want to share photos with Luca?” And allow you to do it with a simple tap. In fact, facial recognition was already available in the United States, but not in Europe. At this point, if Google wants to make this feature of “Suggested Sharing” available in Europe we should also get face recognition.

In addition, the Shared Libraries will appear: you can decide to share not only an album, but an entire photo library with your loved ones, for example your husband or your brothers and sisters.

Finally, Google Photo Books have also been presented at Google I / O 2017: you can create a paper album by choosing the photos yourself or using the automatic selection functions that choose only the best photos, removing duplicates and blurred photos. Then just select a cover and select a physical address to which you want to send it and Google will take care of printing it, packaging it and delivering it. A nice idea to make a special gift to someone, but then not as original as a similar function is also available in the Apple ecosystem.

Google Photos has pretty much everything you need to organize and manage photos. With the latest sharing functions acquired, you could be the best candidate for the best photo app of the year. It would have only two small things to improve: the possibility (for now absent) to view and edit photos offline when there is no connection and photo editing options.

The app is installed by default on Android phones (you can recognize it by the colored pinwheel icon), so it should update automatically. If not, you can download it from Google Play (or from the App Store, it also exists for iPhone).