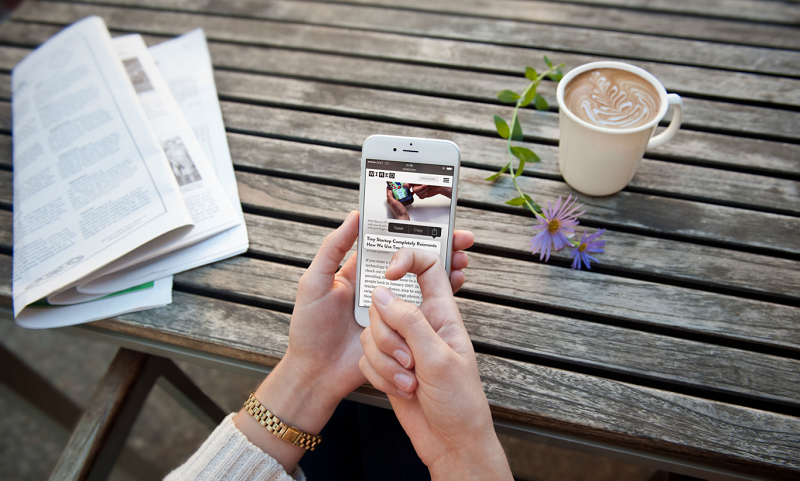 I think we several years well accustomed to the benefits of touch screens was make the jump from resistive to capacitive systems, and any change as the black and white to color. There are many companies that work in continuing to evolve the multitouch capabilities of the panels, many of them could say that they do at the system level, such as Apple or Microsoft.

Other less known as Qeexo want to go far beyond the “pinching” movements screen, or touch turns typical two fingers, you do not need to deploy new sensors and hardware technology. The Korean company – based in Mountain View – introduces a number of sophisticated and multi-touch gestures that integrate system – level or application.

Their solution is called TouchTools, and with it we offer a number of virtual tools very capable, at least in their shows: among them we see a pointer to draw a draft, a camera for capturing, a ruler to measure and another for straight lines, there is even a magnifying glass.

Demonstrations are conducted on a Surface Hub 55 inch, which looks like the ideal medium for several hands are fiddling with the screen, or to charge their tools place greater sense. But this does not mean that technology is not worth for smaller screens, it is perfectly valid in tablets and phones.

Its creators assure us that it is not only important to the number of fingers is on screen, the information really needed comes from the orientation and size of each finger. From this they construct the tool that should appear at all times.

You may also like to read another article on FreshLookApp: Soon you can control playback of YouTube with Google voice commands

TouchTools magic lies in a system of ‘machine learning’ that is created with an engine algorithms that weigh very little, and can be placed on the system, including application level. Qeexo believe that your work could function in 99% of the equipment market – Android, iOS, Windows – and is now available for manufacturers and developers can use it.

Part of this work and can be found in real devices, the recognition system that uses Huawei knuckles on their Android phone arrives Qeexo work. One way to explore the company is in cars, where any help is welcome interaction.