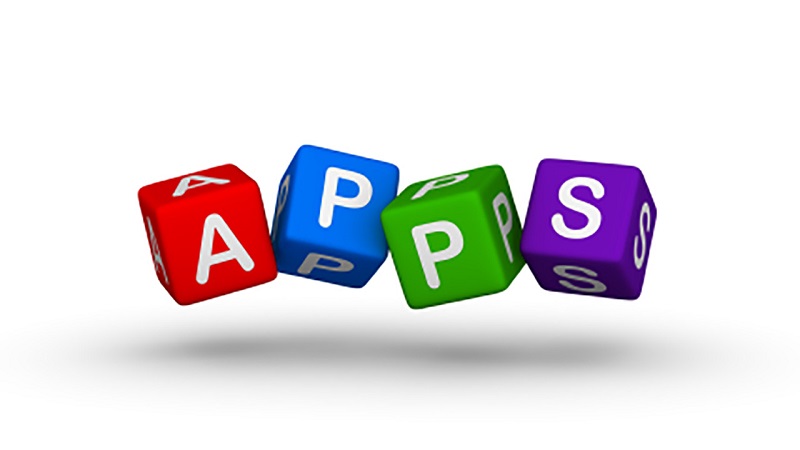 The technology reaches everywhere and all segments of age, and more and more. The problem is that once developers rarely take into account the elderly when designing their applications. Fortunately, Android has some tricks up its sleeve to improve the accessibility of the system.

While maybe your grandfather is handled in WhatsApp better than me (and, if applicable, offered health) other many older people have trouble handled by the system, which is too “complicated” have text too small that trouble reading or volume is not high enough. Fortunately, there are applications for this as well, here we have compiled seven.

Wiser is one of the most popular applications for “senior” users. It is in this case a simplified pitcher with big buttons and their own simplified version Contacts applications, the phone dialer or the list of installed applications.

Wiser is a bit basic, all told, and offers very little customization of the interface, beyond choosing the contacts or favorite applications for inclusion in the quick access. An interesting feature Wiser is that in the future can be connected with a Google account to receive remote support, for example a family.

Simple Senior Phone follows a pattern very similar to Wiser: giant buttons, colorful and which is hard to miss. It is another pitcher, but superimposes its own window when you receive a call, showing in this case a rough answer or hang window with giant buttons. A good choice if the phone requires some vicissitude drag or to answer a call.

With senior Simple Phone, you can access applications provided, but includes a good selection of basic versions for calls, messages, calculator, camera, music … (some are installed separately). Some interesting additions are the buttons SOS and LOCATE, sending your location and request for help to contacts that are configured as “caregivers.”

Necta Launcher is another launcher designed for older people, although in this case the look is something more accomplished. The buttons remain large, although somewhat less, and includes its own version of rapid adjustments for activating Wi-Fi, alarm or flashlight.

Necta Launcher includes its own dialer, SMS reader, camera, gallery and even news, also with the ability to send your location via SMS or make a distress call to the contact assigned. Highlights its own lock screen with a single touch and may include medical information.

Another extra large pitcher is Large Launcher, but in fact has two sizes to choose from for the grid. The look is a little better than in the previous cases, the choice between a handful of issues that basically change the background color. It has direct access to contacts and frequent applications.

Here there are many simple applications as in the previous cases, although there are neither the reader SMS personalized with large font or the phone dialer. One must be careful, however, because it has micropayments integrated to remove advertising and add extra functions that could be pressed accidentally.

Our selection of optimized pitching for older people, or children- ends with Easy KK Launcher, probably the most special launcher that looks like a pitcher, with the only difference that all the icons and text are large. It is the only standard that supports widgets and lets you customize your windows almost at will.

Easy KK Launcher (also called Big Launcher) includes few simple applications, so you probably need to find a phone dialer with big buttons to accompany this launcher. Perhaps more appropriate for those who can manage in Android well enough, but only need larger icons.

You may also like to read another article on FreshLookApp: What are the first five applications that we downloaded the brand new mobile?

It is pointless to open WhatsApp grandfather then if he is unable to write anything on the tiny phone keypad. There are several “extra-large” keyboards on Google Play, but often the quality is somewhat dubious or no compatibility with too many languages, so we preferred to opt for an old acquaintance, SwiftKey.

Tapping on the options menu SwiftKey then touch on Resize you can choose from five different sizes for the keyboard. Given that the normal is the middle one, can make large or extra-large keys. It depends on taste, but the “thumb” from the Layout menu can also be useful to separate the keys into two columns.

The phone volume can sometimes not be enough for people with hearing problems. With headphones and a volume shooting high it should be enough, but there are also applications with more or less successfully manage to increase the volume of Android without root.

VolumeBooster is one. Work, work, but at least in our tests the effect is somewhat unstable: the volume suddenly hits a rush, later to return to normal levels. Care must be taken as an excessive volume may damage the speakers terminal and, of course, also your ears.

Bonus: Does your mobile simple way?

Before stop by Google Play check out your mobile, they are several manufacturers that do include a “simple” mode of your launcher designed for the elderly, children or people who want a very easy phone to use, old – fashioned.

Typically , the phone asks if you want to use the simple mode the first time you switch it on, but if not probably find the options launcher, or hidden somewhere in the settings. For these cases, it is very useful the search options on the top bar of the settings.

Some manufacturers include at least some of its models, a simple version of the system are Samsung, Asus and HTC.