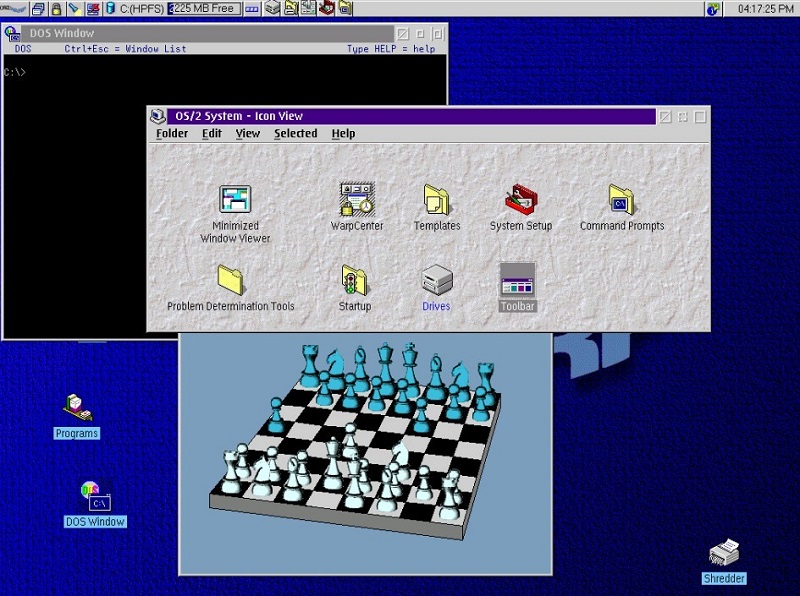 In technology there are several cases where technically superior solutions lost the battle against rivals worst prepared. Many claim that Beta unfairly lost the battle against VHS, and something similar happened with OS / 2, that operating system that promised to liberate ourselves from the yoke of MS-DOS and Windows software that had too many limitations.

That platform was able to capture the interest of the industry and users, but several strategic errors of IBM teamed up with Microsoft and allowed Windows 3.0 will prevail. Three decades after birth OS / 2 will appear on the market under another name: ArcaOS 5.0.

An operating system that will be a difficult competition

Although OS / 2 stopped actively used in the early 90s, the platform remained a niche interest among users, and that led to some would resurrect that project.

The announcement of the project known as Blue Lion (codename for ArcaOS) occurred in October 2015, and now its leaders have indicated that the final release is expected in the fourth quarter of 2016.

There is already a roadmap for example notes that in version 5.1 will be extended language support (the Spanish will be available in that version) and the platform will be distributed in two versions a commercial for mission – critical environments and other staff.

You may also like to read another article on FreshlookApp: 7 free applications to use Android apps and games on your PC

In both cases you will pay for an operating system that logically cannot compete with more mature products in several sections. The hardware support will be limited, for example, and according to the information provided will have USB 1.1 support and 2.0 -nothing 3.0, it seems AHCI support for SATA devices, suite Multimac drivers for network cards (currently no support WiFi ), as well as support for ALSA sound devices or printers CUPS system.

Failing to see what we will offer in practice this heir of OS / 2 operating system, a priori seems that its performance will not be comparable to those of general purpose platforms we have at our disposal today. And yet, everything is possible: OS / 2 and flashed thirty years ago, so it will be interesting to see if the legend can resurrect.