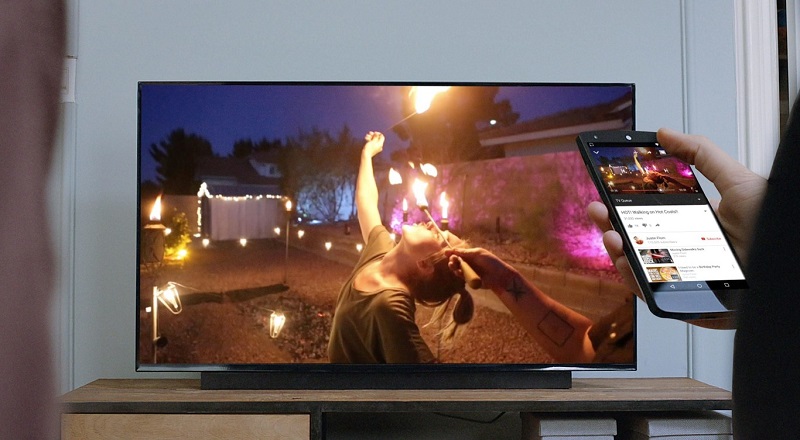 Chromecast is a device that has it all: it’s cheap, small, simple to use and capable of turning normal TV into smart. Even those with a Smart TV can make it even more useful by simply plugging in a Chromecast to an available HDMI port.

Of course, Chromecast would not be much more than a wallpaper for the TV if it were not for the applications with which you can send content. Here you will find a selection of eleven applications to do everything, in a big way, on your TV, thanks to your Chromecast.

We started the list with the most obvious choice: the official application that started out as Chromecast, then Google Cast, and is now called Google Home. It’s vital the first time you plug in the Chromecast, it’s the mechanism for setting it up.

The application itself is not too good, everything is said. It includes a small selection of apps that support Chromecast, but would say that it has not been updated since 2015. The only reason to keep Google Home installed once the Chromecast is set up is to share the screen for viewing on TV.

The YouTube app is for many the reason Chromecast exists. A television, a Chromecast and YouTube is all you need to fill in hours and hours with funny videos, gameplays, movie trailers or whatever you feel like at the moment.

Unsurprisingly, the YouTube app seamlessly integrates with Chromecast so you do not miss the Smart TV app. You can create playlists, control the playback from the mobile and skip the blessed announcements.

Google Photos is an application best known for its intelligent functions , both in search and modification and creation of videos and photos, but its support for Chromecast is an interesting added value.

By connecting Google Photos with Chromecast you can easily view your entire collection of photos and videos. Integration is improved (the sharing button pops up a bit when you feel like it), but still it’s an easier way to share your photos than other third-party solutions.

Most streaming video playback services have support for Chromecast ( HBO, DailyMotion, Vimeo …) but we have chosen Netflix on our list as a representative of all of them.

The integration of Netflix with Chromecast is very correct, so you will hardly miss the official application for TV Smart TV. Do not worry, keep binge-watching (play one chapter after another).

If instead of viewing the content that you serve on sites like Netflix you prefer to manage it yourself, Plex is, with permission of Kodi, one of the best options. To get the full game you need to have a server on a PC, although recently has included the possibility of using it locally.

With Plex for Android you can see your collection of movies, TV series and music, using your mobile as if it were a remote control. If you are not convinced by Netflix or HBO programming, show that you can do better with your own server.

You may also like to read: Top 11 animated wallpapers apps for Android

Creating a presentation on the screen of the mobile, however large, is not the most comfortable in the world, but you have to recognize that with all these limitations Google Slides does a good job. A not very well known function is to connect the application to Chromecast.

After connecting the application with Chromecast you can control the presentation from the mobile, consulting the notes and changing slides: a very easy way to do presentations wherever you are always without a projector, only with a TV, a Chromecast and mobile.

Space Invaders comes to your TV with this game specially designed for Chromecast. You can compete with your friends (up to six players simultaneously, regardless of whether they use Android or iOS). The action happens on the TV, while you must use the controls on the screen of your mobile as a remote control.

The problem is that if you have a “video” Chromecast the display on the TV generally comes down to the title of the song, artist and, if so, the album art. The integration of MusixMatch is much more interesting, because it uses the TV to show the lyrics of the songs.

The standard Chromecast screensaver includes a small weather forecast but it could not be said to be too comprehensive. If you want something more colorful with what to decorate your TV, do not miss MeteoEarth.

Basically this is an application to query time like any other, with the difference of presenting the information on a 3D globe and you can connect the application to the TV to see the same on the big screen.

AllCast is one of the first and most popular Chromecast content sharing applications, and its absence on this list would have been inexcusable. The concept is simple: you can use it to share your photos, music and videos on TV.

AllCast stands out for the support of multimedia players, and is that in addition to Chromecast is compatible with FireTV, Apple TV, Xbox, Roku, WDTV and SmartTVs from Samsung, Sony and Panasonic. The free version allows you to send a maximum of 5 minutes of photos and video.

If you want to send your content to the TV via Chromecast and you do not want to spend a hard time, LocalCast is another interesting option. Like AllCast, you can share photos, videos and music, but with no time limit (in exchange, you have advertising unless you pay the Pro version).